Never before has the world witnessed such a coordinated propaganda effort, featuring near perfect streamlining of messaging and policy, as well as an Establishment launching attacks against any dissenters by deploying “fact-checkers” and using social media firms to deplatform any voices who offer an opinion which differs from the official narrative. It is nothing short of a completely global, corporatised war effort.

Asia Pacific Today talks with Dr. Piers Robinson, an expert on the subject of propaganda, as he explains how governments, mainstream media and the pharmaceutical industry have combined forces to push forward an unprecedented global propaganda onslaught since the onset of the Covid crisis.

“It looks like we’re going through massive changes now. Everybody is caught in the headlights of panic over a virus and they’re missing the really important, significant things going on.”

The propaganda is relentless.

The propaganda is ubiquitous.

The propaganda is insidious.

The propaganda is malicious.

“There will be, in the next generation or so, a pharmacological method of making people love their servitude, and producing dictatorship without tears, so to speak, producing a kind of painless concentration camp for entire societies, so that people will in fact have their liberties taken away from them, but will rather enjoy it, because they will be distracted from any desire to rebel by propaganda or brainwashing, or brainwashing enhanced by pharmacological methods. And this seems to be the final revolution.”

“The perceived level of personal threat needs to be increased among those who are complacent, using hard-hitting emotional messaging.”

“Divide and conquer tactics are being used by the global elite today.”

“We’re moving into pretty worrying territory now. All the alarm bells are ringing.”

The Coviot authority’s main M.O. is fear and intimidation. The state media propaganda and psychic driving is relentless.

The horrors being done in the name of ‘our safety’ is untold. The_Void.

Dr. Piers Robinson is an expert on communication, media and world politics, focusing on conflict and war and especially the role of propaganda. He is presently Co-Director of the Organisation for Propaganda Studies, Convenor of the Working Group on Syria, Propaganda and Media and Associated Researcher with the Working Group on Propaganda and the 9/11 ‘War on Terror’. From 2016 – 2019, he was Professor and Chair in Politics, Society and Political Journalism at the University of Sheffield. He has also served on the boards of several academic journals. He has lectured at the NATO Defense College in Rome and briefed senior UK military commanders and diplomats, and his research interests focus on Organised Persuasive Communication and Contemporary Propaganda and his current projects include Propaganda and the Syrian conflict; Propaganda and the 9/11 Global War on Terror and Covid19.

Dr Robinson’s books include the Routledge Handbook of Media, Conflict and Security (2016), Pockets of Resistance: British news media, war and theory in the 2003 invasion of Iraq, (2010) and The CNN Effect: the myth of news, foreign policy and intervention (2002).

Source: How SAGE and the UK media created fear in the British public | Evidence Not Fear 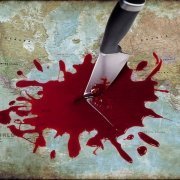 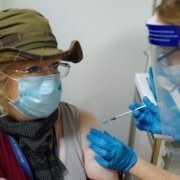 “Who’d have guessed that NOT shutting down your entire country would lead to a smaller hit on the economy, eh?” 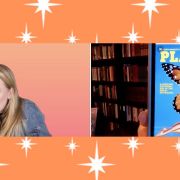 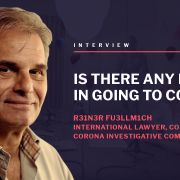 How Can We Challenge The Global Covid Response? | Pandemic Podcast 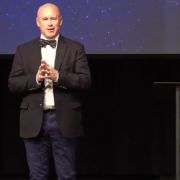 The Names and Faces of the People Who Are Killing Humanity | Dr. David Martin 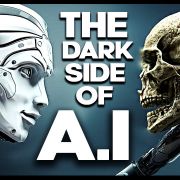 ARTIFICIAL INTELLIGENCE – The Dark Side | The Ninetynine Percent 

Matt Hancock on Twitter: “Thank you to everybody working so hard across the UK to inject hope into millions of arms this winter.”
0 comments