ANTIFA came for the Kid… it didn’t work out too well for them.

Everything was set. The media had their false narrative firmly planted in the head of every non inquisitive bore in America. A racist, fascist, Neo-Nazi, far right, militia man had crossed state lines armed to the teeth with an army assault rifle and full metal jacket bullets to shoot innocent black protestors. He had to be guilty !!

A Hero Is Born

The News Media are the enemy of the people. Saint Kyle was sent to destroy them.

The mob were ready. They hadn’t watched a single minute of the trial. There was no need. Facts only get in the way of their narrative.

The verdict was as clear as MSNBC had made it to the jury.

Joyless Weed is loosing it…

The verdict was received with ecstatic delight worldwide.

Kyle Rittenhouse was cleared of all charges. The Kenosha jury showed real courage and a belief in natural justice. The prosecution team may as well learn to code now, because their careers are finished and the MSM will make them the fall guys. Which to be fair, by their performance, is richly deserved.

The George Soros funded BLM and their violent criminal far-left cronies will either skunk off into the distance or riot. It’s pretty much as simple as that. Who cares, coz this time they know the risk. Burn Loot Murder and gang attack armed people, get shot. Especially when the lunatics in charge stand down the cops.

The Far-Left loons will be terribly hurt by this verdict, it’s hard not to feel sorry for them… but unfortunately we don’t. These absolute dangers need sectioning.

Thomas ‘Banger’ Binger may have a career as a marksman… but probably not.

This is the news media’s victim

The violent criminal who got his just deserts. A vile individual that raped several boys aged 9 – 12 years.

The defence team did a reasonable job, but their job was done for them by the DA and prosecution clowns bringing these ludicrous charges and for risking more rioting. The whole of Wisconsin must hate these morons.

MSNBC acted like the Mafia, following and intimidating jurors. Absolutely unfuckingbelievable. They should be closed down for organised crime and their offices raided, but no doubt they’ll get away with it and double down as is standard practice in the fakestream news media. The prosecution just straight up lied and covered up evidence. So no biggie.

As Free As Rittenhouse

It’s also a significant point that not one of the rioters or armed looters ever received any punishment or was even arrested included the head stomper Kyle accidentally missed, twice.

You know what, this might just be the turning point for America and Americans who have been fighting the communist takeover of their country. God speed Kyle, and god bless the United States of America. The free people of the world support you. We understand you are the battleground in the globalist’s war.

What was probably the most refreshing thing about this case was the fairness and honesty of the judge, Judge Bruce Schroeder. For a country that produced one of the worst travesty’s of justice in modern history with the O J Simpson trial, this is redemption. We salute you Sir.

To Kyle Rittenhouse we say… run for governor or something young man and stand up for those who stood by you. You’ve got your whole life ahead of you now. You are an example to young men everywhere. You’ve done your family proud, your nation proud and you’ve helped restore American justice. You are the hero America needs. We wish you luck.

The Fake President chimed in…

The truth is so clear, yet it has never been harder to see.

While most sane people are celebrating this as a victory for freedom and the right to self defence, it’s a sobering thought to realise the corruption of the news media and left-wing politics in general… as seen below.

A shocking example of how the British media fabricated evidence in the Kyle Rittenhouse trial to fit their own narrative.

This case provides an excellent snapshot of our times, the evidence was everything they said it was not. It’s an undeniable fact. What is absolutely clear here is, the fake president, his hack media supporters, the DA, local government, dodgy lawyers and a bent prosecution all conspired to corruptly convict an innocent kid of crimes he did not commit all to advance their evil agenda. 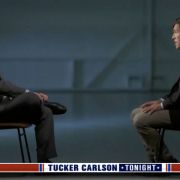 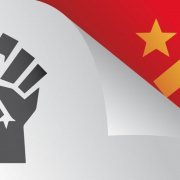 You Can’t Tackle Racism on Your Knees | Luke Reid 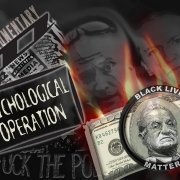 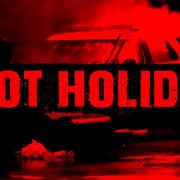 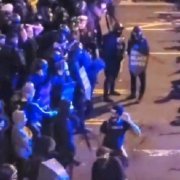 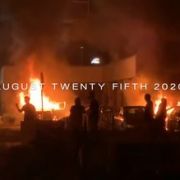