The War For The World

Those of us who are highly tuned to the machinations of The Cabal have felt deeply for a long time that an epic battle of good verses evil was on the horizon. We knew not when, but we knew it was coming. We’ve sensed it for a while.

Like many important truths in our world, throughout our life we are taught to dismiss the notion of an all powerful, ruthless ruling elite as ‘conspiracy nonsense’ but in truth The Cabal is very real.

The term ‘The Cabal’ refers to a dynasty of the most powerful secretive individuals on earth that issue instructions through a group of immensely wealthy and powerful oligarchs and then down through their minions. They’re engaged in controlling governmental, financial, political, media, cultural, and religious organisations on a global scale.

The top table is inhabited by representatives of each of the seven tribes/13 families/bloodlines. Those who must never be mentioned. The Rothschild’s had the Romanov’s assassinated and then stole all their gold. The Rockefeller’s stole America. They control everything. They even control reality.

They nurture and propagate their deeply committed puppets out into society and into all positions of power. They are supreme in the dark arts and the occult. They start and finish wars. They control history and science through academia, the narrative through their media companies, politicians through blackmail and rewards, and they own all the central banks. They use celebrities and the arts to manifest and spread their message – sometimes willingly, sometime unwittingly. They can break anything or anyone. They set up committees, boards, governing bodies and multi national bodies that control society though surreptitious and well hidden ideological means.They are Vanguard and BlackRock. They are the Khazarians, the mortal enemy of humanity.

Imagine the evil genius it takes to maintain such an all powerful stranglehold over humanity over multiple centuries and multiple generations.

The Committee of Three Hundred are the head of The Cabal’s snake. They coordinate and direct all of the bodies and committees below them…

The Club of Rome

These groups control all world governing bodies, NGO’s, charities, rights organisations, commerce and laws. They are made up of selfish, megalomaniacal sociopaths and utter psychos. They think of themselves as Masters of the Universe and operate as a kind of a parallel government to official elected and appointed governments around the world.

They are the dark forces some have whispered about through the centuries.

Incredibly, The Cabal as we know them now have dominated human society, and human history, sometimes overtly, sometimes quietly, for almost 400 years, and in other forms for thousands of years. The Cabal incorporate the symbology, numerology, rituals, designs and methods handed down by the ancient mystery schools, black nobility, and secret societies through the centuries.

The Public Face Of Power

These are your Bond villains. Up front and seemingly leading the charge, but in reality, they are high-up advisors choreographed from above. They also take the heat off individual world leaders who are doing great work for The Cabal. They are the proverbial Bogeymen. The psychopathic despots who direct the traffic. The slimy ones.

It is possible to discern who some of the top players are in the global conspiracy by their behaviour profiles: extreme self-absorption (disguised often with token charities), extreme wealth holdings, upper-level political meddling, power-tripping on a global scale, ruthlessness, and by their negative personal energy signatures, almost demonic in appearance. It is easy to identify these sociopathic oligarchs, dictators, royalty, media moguls, and billionaire paedophile influencers by their behaviour and inhuman indulgences. Did someone say Bill Gates?

Of course, they do all this from the shadows, continuing to foster the illusion that the New World Order or global Cabal doesn’t really exist, and that anyone saying anything to the contrary is a dangerous far-right conspiracy theorist.

Everyone below the committees, governing bodies and billionaires are the chasers and scrapers. The politicians who need funding, the publishers, the lawmakers, the judiciary, the unemployable offspring of well serving political leaders, the flotsam and jetsam of human avarice. Tony Blair is the perfect example of this. A low life gutter crawling slime who’ll do anything for a buck and a shot of Adrenochrome. For our American readers… think Obama.

The Cabal’s puppet show is made up of not only top dogs but also of hundreds of thousands of rank-and-file middlemen and line operatives who make up the rest of the network of evil. All of these levels work in synergy, using financial, political, media, and cultural power to dominate, exploit and prey on their human fodder, often in subtle and disguised ways.

Kill 93% of the worlds population, form a one world government, and create a slave class of 500 million serfs. It’s as simple as that and has been laid out in stone on the Georgia Guidestones for decades.

Covid-19 was going to be their big play in the grand chess game. They would use it to replace the too-slow-moving climate change hoax. They would run it alongside 5G to implement their final solution. A world with 500 million well controlled slaves. The plan had been tested and planned over many decades and through many political era’s. It was all set to start in 2025 and be completed by 2030.

Yet with out explaining why, the plan has gone to shit. You can feel it. Their narrative is certainly collapsing and people seem more energised than at any time previously.

So what the hell is happening? And why is it happening now? Has their grand masterplan to de-pop the world run into difficulties? The simple answer seems to be yes. It appears they moved too early. They didn’t have their 5G microwave horror show in place. Did they bring forward their plan to get rid of Trump? Again it appears so, and there the seeds of their downfall seem to have been laid. It’s now up to the free people of the world everywhere to rise up and demand justice and retribution for the crimes against humanity of these monsters. We are many. We are strong. We have some great people fighting for the cause. We have one chance. A chance in a millennium. We have to take it.

The Cabal operates and derives its great power from the secrecy it surrounds itself with and that secrecy is now almost gone.

“When you try to kill millions with a fake pandemic, but accidentally end up awakening millions leading to your own destruction… that’s karma”

The brazen methods they employed to implement their transition into a global technocracy with a controlled population through Covid-19 and vaccines has forced them out of the shadows and into the light. Their power over us is crumbling as fast as their news media’s pre-scripted narratives. Babel is falling. There is going to be a bloodletting, but there will also be an evil contingency plan. They may even take the nuclear option in their desperation… who knows?!

They know they’ve crossed the proverbial point of no return, that place there’s no coming back from. History and justice will seek them out, like the Nazi hunters of the last century. They must be hunted down and captured or they’ll be back in some form or other to haunt us. In other words, if they don’t face justice all this will happen again, probably sooner rather than later, and next time they’ll definitely succeed. These are the demons of our world. They are stuff of nightmares.

They gained too much power over too long a period. They were able to buy everything and everyone. They became more and more evil as they gained more and more power. They are the satanic paedophile elite who’ve ruled the world for god only knows how long. They are the bringers of death. They must be destroyed. Completely and utterly. Once and for all.

A journey into the heart of ancient occult societies and their power over today’s world.
Documentary

An extremely powerful documentary, Cathy O’Brien tells her devastating story of abuse at the hands of a rogue satanic state.
Documentary

King of the World? The High Symbolism of Charles III's Coronation | Truthstream Media

We’ve had a terrifying glimpse of the future and it’s a boot stomping on your face, forever.
Documentary

Good Lion Films delve into the grubby world of nasty eugenist Bill Gates and his dream of depopulation.
Documentary News

How is it that Freemasonry can operate so openly and yet keep its secrets so well hidden?
Documentary Mystery

What is The Bilderberg Group? | Decoded

Hollywood actor Amr Waked investigates whether the Bilderberg Group – a group of political and economic elites – is trying to control the world through capitalism.
Documentary

What Are Secret Societies? | Decoded

Hollywood actor Amr Waked investigates the origins and influence of secret societies and their desire to hold sway from the shadows.
Documentary

The Illuminati 4 – Brotherhood of The Beast | Chris Everard

We have identified the enemy!
Documentary

The Illuminati 3 – Murdered by The Monarchy | Chris Everard

The Illuminati 1 – All Conspiracy No Theory | Chris Everard

The Illuminati series draws on historical records, footage and photos which take the viewer on a voyage of discover.
Documentary

Satanism In The Entertainment Industry

Where you find money, power, and control, there you will find the all pervasive influence of the satanic occult. Hollywood and the music industry provide the evil elites with a conveyor belt of victims.
Documentary Music

Celebrities Who Sold Their Soul To The Devil

Celebrities have a huge influence on society today: They have their faces plastered over our TVs and music blasted over the airwaves… How many of them are slaves to the satanic occult?
Documentary Music

What’s the connection with the Nuremberg Code and Article 32 of the 4th Geneva Convention?
Documentary

Nukes Do Not Exist | Eric Dubay

From the Titanic to 9/11 the public have been fed one pantomime after another, can we not be forgiven for questioning nuclear weapons, perhaps their tallest of tales?
Documentary

Written by Adam Riva and edited by filmmaker Mouthy Buddha, SUICIDED takes a closer look at the curious lives and deaths of those who sought to expose the silent epidemic of child trafficking.
Documentary

The powerful, connected, and mysterious Ghislaine Maxwell, who was once the heiress to the Maxwell fortune but whose life takes a sordid downturn when she meets the serial sex offender, Jeffrey Epstein.
Documentary News

This World Is Not What You Think It Is.
Documentary Life, The Universe and Everything

The Man Who Shouldn't Be King

A documentary which reveals the true character of Prince Charles and demonstrates him to be unfit to be King.
Documentary

‘2000 Mules’, is a documentary created by Dinesh D’Souza that exposes the widespread, coordinated corruption and voter fraud in the 2020 US election.
Documentary News

The Trust Game – Episode 10: The One Ring | Truthstream Media

The system tends towards consolidation. Digital currency emerges, and a choice becomes evident: a coin that represents absolute control minted by a central authority, or a decentralised coin whose value is volatile, even manipulated, and increasingly pressured to be domesticated.
Documentary 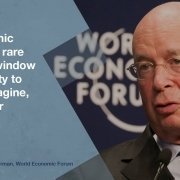 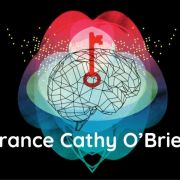 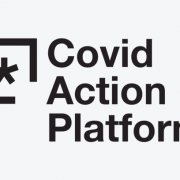 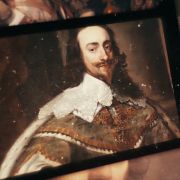 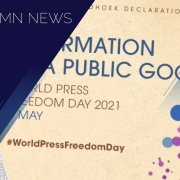 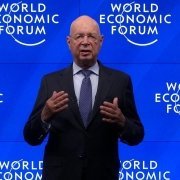 No ‘secret agenda’ about The Great Reset | Sky News Australia 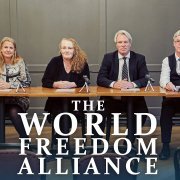 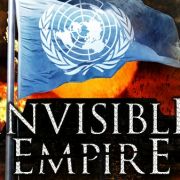