Or it may just turn out to be another red herring and a disappointing ruse.

John David McAfee was a British-American computer programmer, businessman, and two-time presidential candidate who unsuccessfully sought the Libertarian Party nomination for president of the United States in 2016 and 2020. In 1987, he wrote the first commercial anti-virus software, founding McAfee Associates to sell his creation. He resigned in 1994 and sold his remaining stake in the company. McAfee became the company’s most vocal critic in later years, urging consumers to uninstall the company’s anti-virus software, which he characterized as bloatware. He disavowed the company’s continued use of his name in branding, a practice that has persisted in spite of a short-lived corporate rebrand attempt under Intel ownership.

McAfee was arrested in 2020 in Germany for wearing a woman’s thong, instead of a face mask, over his mouth.[1] McAfee was found dead in a Spanish jail on 24 June 2021,[3] after his wife warned that the authorities wanted him dead.[2] His wife reported that his last words to her were “I love you and I will call you in the evening”.[4]

A Q was posted on his Instagram and swiftly removed.

His wife Janice McAfee has said that he was not suicidal at all.[6]

John McAfee was a billionaire maverick who refused to follow the rules.

“Pinning down the truth in McAfee’s life story is never easy because often ‘it’ is as slippery as he is.”

John McAfee says McAfee anti-virus software was created in a day and a half.

No drugs were found in McAfee’s lab, and he left the jungle and moved back to Ambergris Caye.

John McAfee Discusses Why He Should Be President | Larry King Now

John McAfee speaks to Larry King in 2016 warning of digital surveillance and the coming cyber war. He discusses hackers, the need for privacy, cyber security, state sponsored terror and why he should be the U.S. Libertarian presidential candidate.

“Libertarianism is a very simple philosophy based upon personal freedom and personal privacy.”

“The next war is not going to be fought with nuclear weapons, it will be a cyber war of such vast devastation that it will be unimaginable.”

“Who created ISIS? Isn’t this the fundamental question? We created terrorism by interfering in nations that we had absolutely no business interfering in.”

John MacAfee calling out the Deep State in July 2020

John McAfee published this video in July 2020, calling out the so-called “deep state” in the US. A week later an arrest warrant was issued and he got arrested in Spain. Less than a year later he was found dead in a prison cell.

“Taxes are a crime against humanity.”

“The deep state is real and all powerful.”

“It all began in the seventies.”

Mcafee on The Cabal

The Cabal’s propensity to suicide people in front of the whole world (aka Epstein) means that it’s as much of a deterrent as anything that illuminates them. Since being forced out by Trump, we know the dark forces are happy to work in the light of day. We can only hope that John McAfee’s dead man’s switch is real, unlike Epstein’s.

With speculation rife, theories abound. His family and lawyer seem to think he was topped. At The_Void, we believe this could be the first shot fired in the coming cyber war. McAfee would definitely be someone the dark forces would want out of the way, while at the same time, the forces of good would surely want to protect him. There is such a thing, right?

It’s hard to believe that The Cabal would have offed John McAfee without first taking care of the ’31 terror bytes.’

They can stop the President of the United States of America from speaking and they can stop a billionaire from entering his own country, this is the power of The Cabal.

One dude didn’t give a Fuck…

McAfee explains how Hillary Clinton blocked him from gaining entry into the American Embassy in Belize. He goes on to say that he donated laptops with spyware preloaded to Belize’s government secretaries and used it to extract data. He says these laptops helped him discover the “Minister of National Defense was the largest drug trafficker in all of Central America”. WATCH:

“I donated to many secretaries within the government, laptop computers that were preloaded with virus spyware. Within a week, the entire government computer system was within my control.”

McAfee on hacking the US Govt | VICE

A Note of Convenience

It would seem manifestly obvious that someone going in and out of court and prison and who wanted to commit suicide wouldn’t be walking around with a note in his pocket, the detection of which would prevent said suicide. Just a thought.

“I believe very strongly that Jeffrey Epstein didn’t kill himself and it’s in the interests of the nation of America and perhaps the world for people to understand that and to find those responsible for it and trace them back to those corrupt individuals in power who can do things like whack people while they’re in jail.”

The Free Thought Project: There are more questions than answers surrounding #JohnMcAfee‘s death. Here are 5 questions free thinkers should be asking. Did we miss any?”

“There has been no since of urgency from the various Spanish authorities involved in the investigation into John’s death and there is clearly a cover up happening here concerning the events surrounding his death. We have not received the death certificate, the official autopsy report or the official report from the prison. I understand that things take time but the lack of cooperation from the Spanish authorities only confirms our suspicions that they have something to hide.”

Perhaps he was rescued by Q.

As with all of these cases, the deeper you dig, the more the smell of corruption rises up until it fills your senses with nausea and foul play.

Source: John McAfee Discusses Why He Should Be President | Larry King Now | Ora.TV

Source: John McAfee’s lawyer says anti-virus tycoon showed no indication he would take his own life

Source: Dangerous: an in-depth investigation into the life of John McAfee – Wired 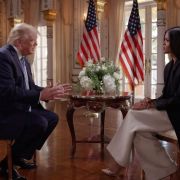 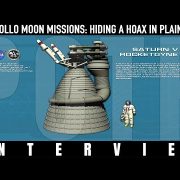 The Apollo Moon Missions | Hiding A Hoax In Plain Sight 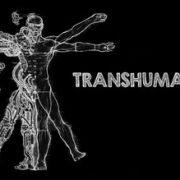 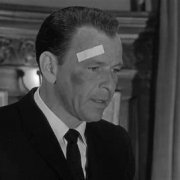 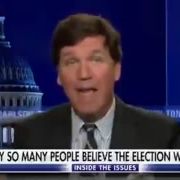 Tucker: Why So Many People Believe the Election Was Rigged | Fox News 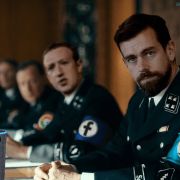 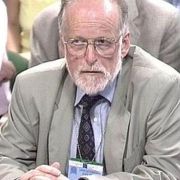