Marathon Man is a 1976 American suspense-thriller film directed by John Schlesinger. It was adapted by William Goldman from his 1974 novel of the same title and stars Dustin Hoffman, Laurence Olivier, Roy Scheider, William Devane and Marthe Keller.

Although the first preview of the movie was successful, the second one in San Francisco did not go well. The audience complained about all the violent scenes, so director John Schlesinger and editor Jim Clark chose to delete the following scenes and shots: the scene near the beginning of the film in which Doc fights with two assassins who have killed his friend; the graphic and gory close-ups of Szell disemboweling Doc with his wrist blade; and both of the torture scenes, which were heavily cut. Graphic insert shots from the torture scenes, which were filmed by Clark, were removed. Some photos, such as original lobby cards and stills, show Szell torturing Babe longer with dental instruments in the first torture scene and actual onscreen drilling of Babe’s tooth in the second torture scene.

Thomas “Babe” Levy is a Columbia graduate student and long-distance runner who is oblivious to the fact that his older brother, Doc, is a government agent chasing down a Nazi war criminal – that is, until Doc is murdered and Babe finds himself knee-deep in a tangle of stolen gems and sadistic madmen. Even his girlfriend, Elsa (Marthe Keller), becomes a suspect as everything Babe believed to be true is suddenly turned upside down.

Thomas Levy is a history Ph.D. candidate and avid marathon runner researching the same field as his father, who committed suicide after being investigated in the Communist witch hunts of the Joseph McCarthy era.

Goldman was paid a reported $500,000 for the film rights to his novel and to do a screenplay, before the novel had been published.

Laurence Olivier was cast early on. However he had health problems, and at one stage, it was uncertain whether he would be able to do the film. Richard Widmark auditioned for the part, but Olivier eventually recovered and was able to participate in filming. Reportedly, Laurence Olivier and Dustin Hoffman did not get along well during filming. Olivier did not agree with Hoffman’s style of Method Acting, which involved staying up days at a time to appear truly out of his mind and in physical pain for the film’s famous torture scenes. “My dear boy,” Olivier is remembered as saying, “why don’t you just try acting? 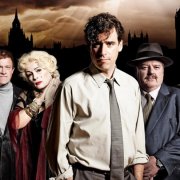 The Hunt For Tony Blair | The Comic Strip Presents 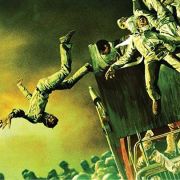 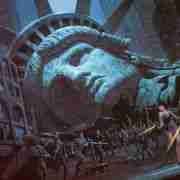 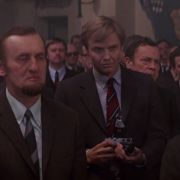 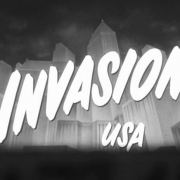