White Squall is a 1996 American disaster survival film directed by Ridley Scott. It is a coming of age film in which a group of high school and college age teenagers sign up for several months of training aboard a sail ship, a brigantine, and travel around half the globe when suddenly they are challenged by a severe storm.

The film is based on the fate of the brigantine Albatross, which sank 2 May 1961, allegedly because of a white squall. The film relates the ill-fated school sailing trip led by Dr. Christopher B. Sheldon (Jeff Bridges), whom the boys call “Skipper”. He is tough and teaches them discipline. He forms a close connection with all-American Chuck Gieg (Scott Wolf), troubled rich kid Frank Beaumont (Jeremy Sisto), shy Gil Martin (Ryan Phillippe) and bad-boy Dean Preston (Eric Michael Cole). On the first days, it is discovered that one of the student crew members, Gil Martin, suffers from acrophobia and does not even try to rescue Chuck, who nearly chokes to death when he becomes entangled in some rigging after slipping from one of the masts. After Chuck is saved by Skipper Sheldon, Gil is ordered to climb the ropes, which he ultimately cannot do, and is assigned to alternative limited duty while on board.

A film that was referenced by Q and President Donald J Trump. 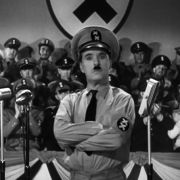 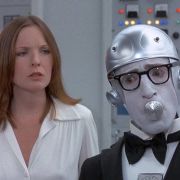 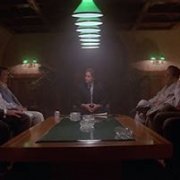 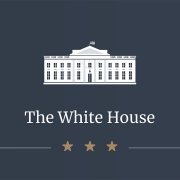